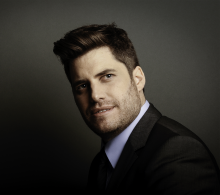 One of the outstanding singers of his generation, Martin Nusspaumer “possesses star potential, with a tenor reminiscent of Domingo. His control of diction and intonation, phrasing, and deeply emotional delivery is stunning.” “Nusspaumer’s singing was excellent throughout, virile and showcasing a heroic tenor with clarion top notes.”South Florida Classical Review

Other major publications as Newsweek, Miami Herald, Palm Beach Arts Paper, ArtBurstMiami and Sinfonica Magazine have written about his “creamy, cultivated lyric tenor which has ring and strength at the top, easily riding over the full orchestra and chorus.” “He is a handsome man in a big-star way, which made his performance even more persuasive.” “Nusspaumer melted hearts with his honey-coated lyric tenor voice.” “His effortless high notes and full, mature color make him a heartbreaking lead.” “Without a doubt, both scenically and musically, his portrayal of Don Ottavio was the best of the night.”

This season Martin will appear as Don Jose in “Carmen” with Vero Beach Opera and Rodolfo in “La bohème” with ABAO in Bilbao Spain.

Mr. Nusspaumer lives in South Florida with his wife, the distinguished soprano Maria Antunez and their daughter Amelia.